One of the fundamental challenges in wavefront shaping is decorrelation due to the dynamics of the thick tissue. Owing to decorrelation, wavefront solution that focuses through the tissue changes over several milliseconds or even sub-milliseconds. Fast wavefront shaping methods try to speed up the record-playback cycle to catch up with the change. FLUX, on the other hand, use such time-varying signal as the mechanism to image the fluorophores.1 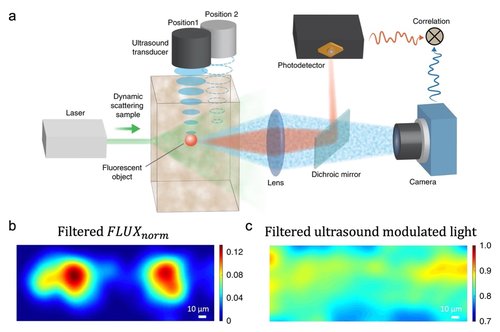 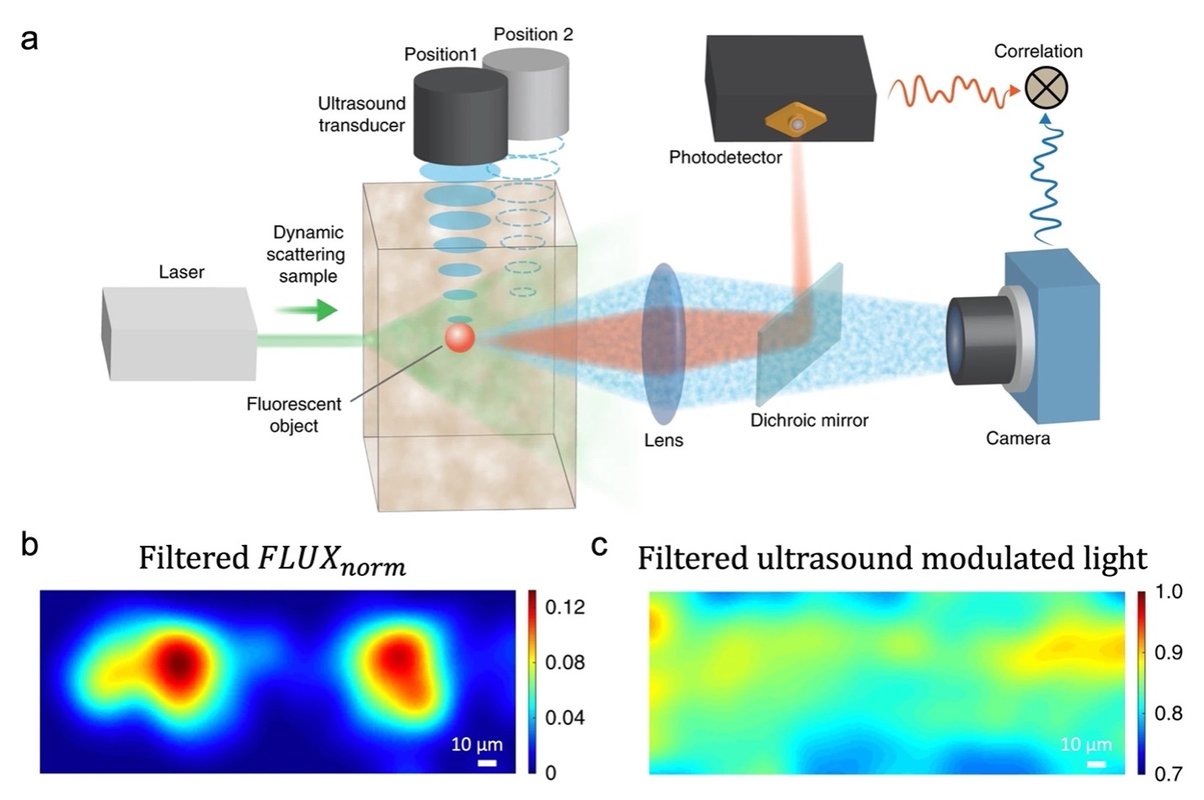 Download Full Image
Fig. 1, Simplified set-up of FLUX and the results. Ultrasound modulated light is also presented here. Without the correlation, the two fluorophore is not resolved in c.